Are You Sure You Should Apply to

The most accurate admissions calculator

Transparency in Admissions Inc. offers the most accurate online admissions calculator to America’s most
prestigious universities.

Popular majors at Brown University include Computer Science, Biology, Applied Mathematics, and Econometrics and Quantitative Economics. Founded in 1764, it was the first school in North America that accepted students regardless of their religion. Their women’s institution, Pembroke College, was merged into Brown in 1971. Alumni have gone on to create famous companies including ZipRecruiter, Cards Against Humanity, and CNN.

Also known as Caltech, the California Institute of Technology’s motto is, “the truth shall make you free.” Science and Engineering are top choices among students and there have been over 75 Nobel laureates that have been associated with Caltech (including 40 alumni and faculty members). Just over 2,200 students attend the school today.

Cornell University is made up of seven undergraduate colleges and seven graduate divisions. Some famous alumni have been Christopher Reeve, Bill Nye, E.B. White, and Anthony Fauci. 96% of students stay on after the first year, with 95% graduating within six years. Computer Science is the most popular major.

Columbia has a very low selective acceptance rate of 6.7%, accepting only about 2,700 students out of 45,000 applicants. Top choices in regard to majors include Econometrics, Computer Science, and Political Science. It’s the oldest institution of higher education in the state. Columbia is one of the nine colonial colleges founded before the Declaration of Independence.

The University of Chicago receives over 34,300 applications though only about 2,500 are accepted each year. Therefore, the school has a 7.3% acceptance rate. The school is made up of their undergraduate college and five graduate research divisions. They also have campuses all over the world from Hong Kong to Paris.

Top majors at Northwestern University are Econometrics and Quantitative Economics, Journalism, Radio and Television, Speech Communication and Rhetoric, and Neuroscience. A founding member of the Big Ten Conference, top sports for the Wildcats include football, basketball, baseball, and soccer. Willie the Wildcat cheers them on and their colors are purple and white

Harvard University has turned out some amazing alumni. In fact, the school has more alumni, researchers, and faculty that have won Nobel Prizes and Field Medals than any other school in the world. Alumni also include eight U.S. presidents, 188 living billionaires, and 110 Olympic medalists. The most common majors include econometrics and quantitative economics, social sciences, and computer science.

The Massachusetts Institute of Technology is a private land-grant research university in Cambridge, Massachusetts. Established in 1861, MIT has since played a key role in the development of modern technology and science, ranking among the top academic institutions in the world.

Northwestern University is a private research university in Evanston, Illinois. Founded in 1851, Northwestern is the oldest chartered university in Illinois and is ranked among the most prestigious academic institutions in the world

A private Ivy League research university, Princeton University was founded in 1746 and originally known as the College of New Jersey. This makes it the fourth-oldest institution of higher education in the country. The school receives around 32,800 applications annually and has an acceptance rate of only 5.6%, making it highly competitive.

The University of Pennsylvania was founded in 1740, primarily by Benjamin Franklin, who was also their first president. Franklin Field, where the Quakers play in the NCAA Division I – Ivy League, is named after the founder. With a 95% first year retention rate, 86% of students will go on to graduate in four years. 96% will graduate in six.

Stanford University, officially Leland Stanford Junior University, is a private research university in Stanford, California. The campus occupies 8,180 acres, among the largest in the United States, and enrolls over 17,000 students. Stanford is ranked among the top universities in the world.

Yale University got its start in 1701 under the name Collegiate School, getting its current name in 1718. Their motto, “lux et veritas,” means “light and truth” in Latin. The university is made up of fourteen schools including the undergraduate college, twelve professional schools, and the Yale Graduate School of Arts and Sciences. Students have a 6.5% chance of getting accepted to Yale. 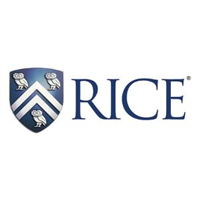 A selective school, fewer than 11% of applicants are accepted into Rice. The school has 11 residential colleges and eight schools of academic study. Rice University was established in 1912 and named after William Marsh Rice. He had requested a free-tuition educational institute be opened after his death. Today, about 4,000 undergraduate and 3,500 graduate students attend.

Why Transparency in Admissions?

Learn which applicant characteristics are key to success

Should you apply for admissions to these universities?

Learn which applicant characteristics are key to success

More than 50% of admissions to America’s top private universities are reserved for those falling within preferred applicant groupings. Preferred applicant groups include: first in family to attend college, legacies, major donor, staff, and faculty families, certain ethnicities, low-income families, and recruited athletes. If you do not qualify, then your chances dwindle dramatically. 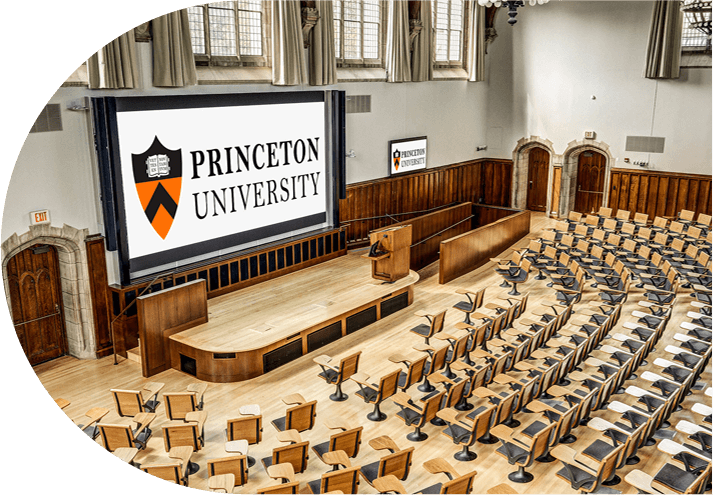 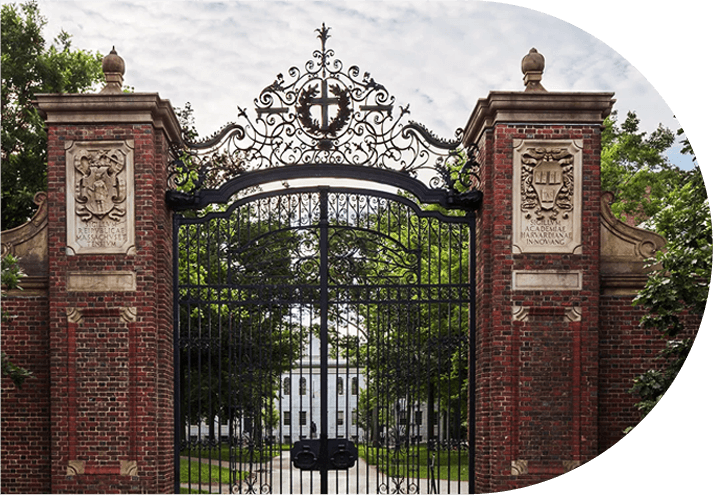 An analysis of Harvard University admissions data by leading economists forms the foundation of our online admissions calculator. Transparency in Admissions as further benefited from the guidance of the analysis’ lead economist to ensure that our model is as accurate as possible

Should you apply for admissions to these universities?

For those in preferred applicant groups, it may well be worth applying. For those who are not in preferred groups, you may find that your chances of admissions are low. You should factor this into your application decisions to avoid disappointment and the unnecessary loss of time and money

What is the Purpose of Transparency in Admissions?

To maximize quality of life outcomes for students and their families when considering their college pursuits. By informing college applicants of their realistic probabilities of admission to America’s top universities, Transparency in Admissions hopes to save many students and their families from unnecessary outlays of money, time, effort, stress, and hope in pursuing highly improbable admissions efforts. Our organization hopes that its work will allow young people the time to socialize, imagine, and explore, rather than overwhelm themselves with numerous AP/Honors courses, endless extracurricular activities, SAT/ACT and college application tutoring, and, with parents, numerous school visits.

Secondarily, we want to inform and motivate students unfamiliar with admissions practices that may favor them to pursue their college dreams.

We do not make any judgments on the admissions practices of schools, other than to combat the lack of transparency associated with these practices serving the interests of universities and related business interests at the expense of students and their families.

Why are your probabilities lower than other leading admissions calculators?

It begins with the goals of the respective organizations. Free online admissions calculators are marketing vehicles for companies to sell you their products and services, such as private guidance counseling. They are designed to make students and their families believe that, with a little help, admissions to top universities are achievable. Our calculator is designed to bring home hard truths to students and families with unrealistic college dreams.

Why do you charge for your survey results?

To date, the board of directors has primarily funded the establishment of this charitable organization, development of the model, and creation of the website. Fees derived from survey use have been reinvested into social media marketing campaigns. Transparency in Admissions has no employees and the board works without compensation. All fees go into getting the message out about our work and to capture more data to expand our services to other schools.

How does your online admissions calculator differ from those available for free?

Transparency in Admissions offers the only online admissions calculator that employs actual data provided by Harvard University and analyzed by leading economists as an outgrowth of a recent lawsuit against Harvard. Other online calculators are more limited in the data they use, which are not as reflective of actual college admissions determinants.

Is your calculator 100% accurate?

No. Our model requires us to make educated guesses in many circumstances. For example, another Ivy could have 15% of the school’s admittees from a certain preferred group, such as legacy, athlete, ethnic, compared to Harvard’s 12%, Transparency in Admissions would then extrapolate from the Harvard model to adjust to the 25% higher concentration of those admittees.

Why have you limited your results to the top 15 private universities?

In using the Harvard data, we felt obliged to apply the data to comparable schools, such as other Ivies, following similar admissions practices. To apply the data otherwise would have led to modeling leaps that would undermine the integrity of our work. In the future, we hope to capture additional data enabling the expansion of our work to many more prestigious universities.

What are the key criteria for acceptance to the top 15 private universities?

More than 50% of admittees to Harvard and most of the remaining top 15 private universities fall into a preferred group. Depending on the school, preferred groups include legacy, children of staff, faculty, and large donors, recruited athletes, first in family to go to college, disadvantaged applicants, certain ethnicities, rural applicants, certain geographies, and nationally recognized intellectual achievement. Since these are targeted groups, they represent a small percentage of total applicants. This results in the overwhelming majority of applicants competing for less than 50% of the slots. This a 5% acceptance rate is closer to 1% for non-preferred applicants.

The Educational Industrial Complex has long led us to believe that GPA and test scores are the critical criterion to admissions success. This is not the case for the great majority of America’s top 15. GPA and test scores are used as thresholds to qualify applicants for consideration. Schools are not comparing one candidate’s GPA + test score against another candidate. That would be unwieldy.

Perfect scores and GPA don’t necessarily put you in the top academic rating. That is usually reserved for those who have some extraordinary intellectual achievement beyond grades and test scores, such as helping identify a DNA marker for a disease. Also, applicants falling into a preferred group have more latitude relative to academic performance than those who are not preferred. For example, a recruited athlete can demonstrate lower academic achievement and have a much greater chance of admission than other applicants.

Extracurricular activities can have a substantial impact. However, again, the top tier is limited to those whose activity has had huge impacts on a national or sector level. Think the young people who turned the tragic school massacre into a national student movement for gun control. The secondary category is reserved for class presidents, editors of school papers, or students leading organizations having regionally or locally recognized impacts.

Per the above, it is clear that applicants from non-preferred groups can generally do little to secure admissions to these top 15 universities. Non-preferred applicants who do make it in are often cherry picked for a particular attribute. It may be a particular school program needs more students so those applicants expressing interest in that program are moved to the front of the line. One may get selected because s/he plays an instrument that the school marching band needs.

Can a high school sign up multiple students for a discount?

Yes. We have a program where high schools can purchase surveys in bulk at steep discounts to the already inexpensive survey fees of $10 and $15 depending on the school package survey takers select. In addition, for high schools serving low-income students, we will provide survey access for free.